Hughes
Hughes managing director Robert Hughes says his first priority was to resolve the several thousand rented appliances affected by this problem and, after a shaky start, is satisfied with Whirlpool’s response.

“Initially it was difficult to identify who to speak to. They were too slow to authorise us to be able to modify the units, too slow in providing the parts and then provided inadequate training. These problems have since been successfully addressed and one would hope that, should a similar problem reoccur, these lessons would be learnt.”

Cost of rectification concerns Mr Hughes, should manufacturers shirk their responsibilities: “There is insufficient margin in the electrical retail sector to cover the costs if such a problem reoccurs on this scale. Sadly, that is unlikely to change. There is also insufficient stock in the industry to cope with such a recall. That is also unlikely to change.”

He adds: “House fires caused by electrical equipment are an ever-present risk, particularly when customers do not observe operational instructions. Sensational journalism only fans these flames. Everyone involved has to start with sensible expectations of what is possible and then act responsibly and reasonably.”

Stellisons
Managing director Steve Scogings says he doesn’t have an issue with Whirlpool as a company. “I think they have handled it very well. They sent us emails and kept us up to date. The problem was the Indesit Company didn’t. Whirlpool is very good on recalls, because the US is a litigation society.”

He adds that Stellisons had frequent notifications from Whirlpool and from Retra as well.

“They asked us for information on products we had sold. I said I couldn’t give them names and addresses for every single one we had sold because of the Data Protection laws.”

Mr Scogings suggests that perhaps the law needs to be changed in order to deal with such situations. “If I am doing it for a safety notice and it goes to court, would I really get prosecuted? But it is an issue that they have got to address.”

He believes the media hasn’t helped: “There have always been problems with products catching fire, but it’s not really the products’ fault when customers don’t clean them.”

He suggests also that rather than paying to send engineers out to machines that are four or five years old, they could have given a dealer a voucher towards a new one.”

To help with general recalls, he says: “I’d prefer an independent body that I could send the details to, who wouldn’t try to sell stuff to my customers. Why have Register My Appliance not gone to dealers? They could go to Euronics and Retra. We could then take care of registering customers’ details on that website, so they could be contacted if there was ever a problem with that product.” 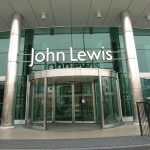 John Lewis
An official John Lewis statement says that “customer safety is our absolute priority. Since November 24, 2015, we have not sold any model with this fault. Any customer who bought these products prior to that date should contact either John Lewis customer services or the Hotpoint Indesit helpline to arrange a service visit at no charge.”

AO.com
A spokesman for AO.com says the company is not expert in legislation or the manufacturing of products and so has to be guided by the manufacturer and the relevant authorities in instances such as these.

He says: “Indesit has advised that the appliances are still safe to use, following the guidelines it has set out. The manufacturer has put an outreach programme in place, which it has agreed with Trading Standards.

“Being an online retailer, we have been able to quickly determine exactly which customers bought affected products, and as soon as we were notified of the issue, we were able to react quickly and contact those customers to urge them to register their appliance for the modification.”

She says: “No product is placed on the market until it has been rigorously tested to ensure that it is safe. If a company subsequently discovers that a product has developed a fault that may potentially be a safety risk, they have legally-required systems in place to assess that risk and take appropriate action.”

She adds that even if a company assesses a risk as too low to trigger the legal requirement to take action, they may still choose to act, and Amdea advises members to consult with Trading Standards in such cases.

If a company does not embark voluntarily on a programme of corrective action, Trading Standards has legal powers to force them. Amdea understands that Trading Standards officials have particular concerns about engagement with overseas companies trading only online.

From Amdea’s point of view, it is worth noting that in 2015 there were only five UK recalls of domestic appliances.

Ms Lewis says one tool that can help trader and consumer alike is Amdea’s Register My Appliance web portal – www.registermyappliance.org.uk.

“This encourages consumers to log their contact details, as well as the model and serial number of their new and existing appliances, so that they can be reached speedily in the event of a recall.”

It is of concern to Amdea, however, that recall coverage is almost uniformly negative for the industry. Says Ms Lewis: “Recalls demonstrate that the companies in question have identified a safety-related issue and are taking steps to rectify it. This is to be applauded and encouraged.”

“This is a major concern, as almost half of all domestic fires arise from electricity. Most of these are caused by electrical products. But the problem of tracing a product is compounded by consumers’ reluctance to register electrical items.”

Mr Allen welcomes Amdea’s Register My Appliance and adds that retailers are also at the ‘coalface’ when it comes to problem products. They can ensure they feed the information back to manufacturers. “You might say that electrical retailers have a pivotal position when it comes to improving recalls, although the responsibility for the recall is in the hands of the manufacturer.”

He doesn’t believe the current recall system is fit for purpose. “A recently published review of the UK recall system indicated the problem is not with the legislation itself, but with its enforcement and the need to improve communications around recalls.”

Electrical Safety First issued a major report – Consumer Voices on Product Recall – late in 2014. It found that recalls have a limited success rate – rarely more than 10 to 20 per cent – and that a major factor in consumers not registering electrical products is the worry that their information will be used for marketing.

Mr Allen says: “Our research also found that 77 per cent of people would respond to a recall, if they were clear on the potential danger.”

Retailers have an important part to play in the recall process, he adds, as the initial complaint will often be made direct to them. This highlights the importance of sharing information – and the need for a single point of reference for consumers and business. “One thing is certain. It is not acceptable for companies to sit on the information for years, or even months. One death is one too many.”

Do I feel let down by Whirlpool? Yes!