The latest report from app developer Apadmi highlights what consumers want when it comes to apps that improve the retail experience. Chief executive Nick Black talks about its findings and their implications for the retail industry

Smartphones are increasingly used by consumers as a key part of the retail experience. But the latest retail report from app developer Apadmi has highlighted that only four out of 10 consumers were happy with current retail app offerings.

Apadmi has developed apps for Argos, BT, Carphone Warehouse and EE. Its latest retail report talks about incorporating artificial intelligence and digital assistants, introducing augmented and virtual reality platforms, and evaluates what retailers should be considering when developing apps in the future. It also includes the results of a survey that details the concerns consumers have about retail apps, particularly with regard to data use and storage.

Apadmi chief executive Nick Black (pictured) said in his introduction to the report: “Retail as an industry has undergone immense change in recent years, as the use of technology becomes more prominent. At the end of 2016, online retail sales were expected to have reached £60 billion in the UK alone, a 14.9 per cent year-on-year increase, according to the Centre for Retail Research.

“But while the shift to online shopping has been more of an evolution, the emergence of mobile shopping, and retail apps in particular, has turned the change into a revolution.

“It is no longer enough for an online retailer to have a good website that can be accessed from a laptop. It is essential that any online shopping platform is adapted to meet the needs of shoppers on the go, and any website must be mobile-friendly or risk being punished by Google’s ranking system.

“In the UK, almost three out of 10 consumers now spend online using mobile apps, one of the highest rates in Europe, while a Centre for Retail Research study suggested that 70 to 80 per cent of website browsing occurs using a mobile device.

“Amazon has taken the use of shopping apps to the next level with the idea of Amazon Go, a physical shop that doesn’t require queuing to pay for items and instead gives consumers a ‘just walk out’ shopping experience by using an app to pay for items.”

Mr Black concluded: “With such a large proportion of consumers demanding platforms that allow them to browse and shop anytime, anywhere, it is vital retailers take note of this, and develop the kind of experience their customers now expect. 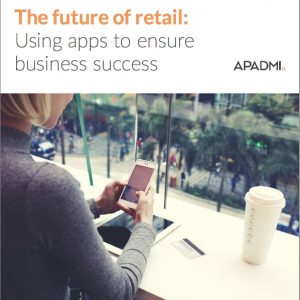