Dixons Carphone has revealed that UK sales failed to grow over the summer despite a rise in demand for large-screen TVs ahead of the World Cup football tournament, but suggested there would be no surprises in its full-year earnings.

But Alex Baldock, Dixons Carphone’s new group chief executive, confirmed that full-year pre-tax profits would be £300 million as previously announced and said the firm had “maintained or grown its market-leading positions”.

He added: “We’ve made good progress in setting a clear, long-term direction for the business, one that sharpens our focus on the core, and that better joins up both our offer to customers and our business behind the scenes.

“I look forward to giving a fuller update on our plans and progress in December.”

The market initially greeted the news positively, with shares in the firm behind PC World and Carphone Warehouse jumping more than eight pence on the news, but by lunchtime all the morning gains had been erased.

Shares in Dixons Carphone were trading at just below 161 pence at 2:10 pm – less than half of the 500 pence it was trading at in December 2015.
The electricals chain has endured a torrid year, compounded by a massive data breach that affected more than 16 million customers and a series of senior management changes, including the departure of former chief executive Sebastian James.

Alex Baldock took the reins earlier this year, weeks before he had to face the market with a dire earnings announcement for its 2017-2018 financial year, in which pre-tax profit dropped to £382m from £500m the year before.

Mr Baldock has previously expressed confidence in the long-term future of the business, but some analysts are sceptical.

Zoe Mills, retail analyst at GlobalData, pointed out that UK sales at online electrical retailer AO rose eight per cent over a similar 13-week period (to end of June).

She said that this highlighted “that Dixons Carphone is struggling to compete with the high level of service offered by retailers such as AO and John Lewis, and the fast delivery options available at AO and Amazon”.

The firm will report its interim earnings results on December 12.

Dixons Carphone’s trading statement comes against a backdrop of weak retail sales in the UK in August.

The latest figures from the British Retail Consortium and KPMG showed that August retail spending rose 1.3 per cent on a total basis, slowing from the 1.6 per cent rise in July.

Why is Dixons Carphone struggling against a robust white-goods market? 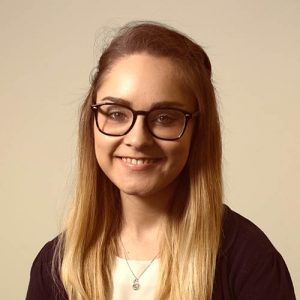 Although Dixons Carphone is retaining its market-leading position in the UK for the time being, its competitors have boasted strong positive electricals performances, while the specialist has reported another set of weak results, eroding its share of the electricals market – forecast to be 25.3 per cent in 2018.

“While, its mobile division was the main factor contributing to Dixons Carphone’s declining sales in the UK and Ireland, with mobile reported revenue down seven per cent over the period, like-for-like sales of electricals were poor coming through in line with last year, particularly given the boost felt in the televisions market because of the Fifa World Cup.

“Furthermore, the electrical specialist’s suggestion that its weak electricals performance was the result of a softer white goods and computing market, is difficult to comprehend given the uplift in sales from small domestic appliances (which sit in the white goods market) as a result of the long period of hot weather over this quarter.

“GlobalData estimates the white-goods market grew 1.1 per cent over the three months to June 2018.
“With this financial year being Alex Baldock’s first in control, there are a number of changes that he must focus on: culling its excessive store portfolio, particularly in its mobile division, and shifting more focus to it ‘KnowHow’ service proposition as a point of differentiation from its competition.”