Retail guru Matthew Hopkinson – co-author of the latest high-profile Grimsey Review of the high street – will be the keynote speaker at this year’s ERT Turning Point Live! event.

Mr Hopkinson (pictured) has more than 20 years’ experience of working with leading data businesses in the UK and is a well-known and respected commentator on UK retailing.

He is a regular contributor to national and trade media, including the BBC, Financial Times, Sky, The Guardian and Retail Week.

From 2009 to 2017, he was a director of The Local Data Company, where he established it as the UK’s leading data and insights company in the retail property sector.

Currently the director and co-founder of data management experts Didobi, Mr Hopkinson was the co-author of The Grimsey Review – An Alternative Future for The High Street, which came out in 2013, as well this year’s Grimsey Review 2, which was published in the summer.

Speaking to ERT, Mr Hopkinson said: “My aim will be to talk around the future of shops and town centres in the UK and how the consumer and society is changing. The population and retail spend is rising, so where are all the people going, where are they buying and what determines their decisions to do so?”

Added ERT editor Sean Hannam: “It’s great that Matthew has agreed to give the keynote speech at our industry-leading Turning Point Live! event – it’s a real coup for ERT. 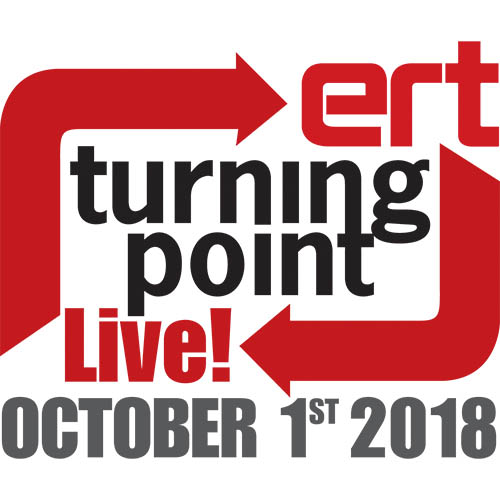 “As our Turning Point campaign has highlighted, the high-street is under immense pressure and retailers need to adapt to survive. Matthew – a leading expert in his field – will comment on the current state of play and what needs to change in order to ensure our high streets and town centres have a healthy future.”

Mr Hopkinson is the latest name to join the impressive line-up of guest speakers at Turning Point Live!

Daniel Todaro, managing director of field marketing agency Gekko, will use the event to reveal and comment on the results of its recent ERT Turning Point survey of independent retailers, while ERT editor Sean Hannam will chair a series of themed panel sessions with dealers.

Already signed up are ERT’s adopted Turning Point retailer Trafalgar Electronics in Rugby, as well as Superfi in Nottingham, who will be discussing how they’re approaching the smart home.

Spiritland Headphone Bar in London’s Mayfair will be talking through the success they’ve had with events and experiential retail, while Herbert Todd and Son from York, Purewell Electrical in Christchurch and independent chain Hughes Electrical will be outlining five things you can do tomorrow to change your business.

Commenting on Hughes’s involvement with ERT’s Turning Point campaign, Ashley Shorey-Mills, general manager of Hughes Smart, said: “We are supporting ERT’s Turning Point campaign, because we believe there is a future for progressive, forward-thinking independent electrical retailers. Bricks-and-mortar retail isn’t dead, it’s just evolving, so ERT is helping retailers of all sizes to spot their market and seize the opportunities that are out there and ready to be taken advantage of.”

•  Turning Point Live! incorporates the ERT Awards and will be held on October 1 at the Grand Connaught Rooms in central London.

For all the information on the day, and to book your seats, go to: https://ertonline.co.uk/awards/turningpointlive

The hospitality partners for the day are Yamaha and Yusen Logistics.

The power in retailing has shifted