He continued: “We’d like to showcase how Sony’s professional grade technologies support creators across the entertainment industries to produce compelling content. You will also see how our consumer products connect creators and users, by enabling people to enjoy content at the highest possible quality.”

Main products and prototypes being showcased

The Sony booth at CES consists of several zones, such as Visual Entertainment and Entertainment. A stage has been set up in the centre of the Sony booth to host special talk show sessions and video screenings held several times per day, highlighting the artistic intent of various content creators. 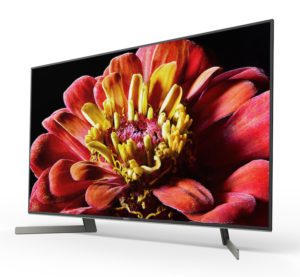 The new flagship BRAVIA MASTER Series AG9 4K HDR OLED TVs are approximately half the thickness of previous models when wall-mounted. In addition to the Picture Processor X1 Ultimate, it features a Pixel Contrast Booster panel control technology, which faithfully reproduces everything from the deepest blacks to the highest luminosity colours with stunning vibrancy. Alongside Acoustic Surface Audio+ technology that produces sound from the screen itself, harmonising the image and audio for a cohesive and immersive high-quality surround-sound experience and TV Centre Speaker Mode, it is also compatibl3 with Dolby Atmos, the latest audio format.

The BRAVIA MASTER Series TVs feature Netflix Calibrated Mode, and additionally, these TVs are part of the IMAXEnhanced certification program that is the result of collaboration between Sony’s engineers together with IMAX, DTS and content creators.

Sony introduces 360 Reality Audio, a new music experience which creates ‘sound fields’ that make listeners feel as if they are immersed in sound from all directions. This new experience brings new ways to enjoy music adding to the rich sound quality created by High Resolution Audio (Hi-Res) and superb audio functionality as seen in Sony’s highly-acclaimed noise-cancelling technology.

360 Reality Audio is made possible through object-based spatial audio technology. It can add distance, angle, and other positional information to a sound source such as vocals, chorus, instruments, etc. to produce a three-dimensional sound field. The different sounds and musical elements can be projected anywhere inside a 360-degree space around the listener.

The booth also features a multi-speaker system composed of 13 speakers and a demo using MDR-Z7M2 headphones. A wireless speaker system prototype which delivers a 360 Reality Audio experience will also be showcased.