Smeg has announced that it has joined forces with the Oxfordshire Charity, Oxfordshire Mind, for an exclusive charitable partnership this Christmas at its local centre in Abingdon.

Smeg, well renowned for its Italian heritage and global presence as one of the world’s leading appliance brands, the UK subsidiary of Smeg remains committed to being an active member of the local community. Its decision to partner with Oxfordshire Mind came about as a cause close to the brand’s heart.

Oxfordshire Mind itself recently celebrated half a century of helping those experiencing mental health issues; for over 50 years it has strived to gain support and respect for everyone affected, to promote understanding and to challenge stigmatisation related to mental health. 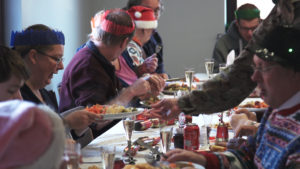 The festive period can be one of the most challenging and desperate times for those suffering with Mental Health and Wellbeing issues. So working together with Oxfordshire Mind during this festive period, Smeg has teamed together with the Oxfordshire Mind Abingdon Wellbeing Hub and has supplied a much needed top-of-the-range multicavity range cooker with a state of the art induction hob top. This will provide the much-needed capacity to cook Christmas lunches for all its residents and hopefully many more meals to come throughout the coming years. So along with its fellow partners, such as the local turkey farm Peachcroft, which has supplied the turkey, Waitrose (which supplied the mince pies and dessert) and a dedicated team of volunteers from the local army barracks, all will be serving a Christmas dinner as well as sharing time and the sense of community to those who need it most.

For further insight, you can view a video about this partnership here.

In the past, Smeg has undertaken charity initiatives for Action Medical Research and, for the past two years, has worked alongside young minds at the Abingdon School to support its Young Enterprise project, as well as SeeSaw, which provides bereavement support for young children in the Oxfordshire area. Meanwhile, Smeg’s flagship retail store on Regent Street St James’s recently worked with the Royal British Legion. 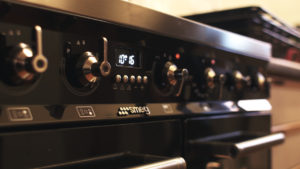 Speaking of the partnership with Oxfordshire Mind, Smeg UK MD, Mike Giddings, commented: “As a company we are incredibly passionate about giving back to the local community; we very much consider ourselves a family and this remains a core part of our ethos. We feel privileged to be working with a charity performing such outstanding work as Mind on its upcoming Christmas dinner appeal. We simply had to help when we heard serving dinner for 60 rested on it.”

Oxfordshire Mind CEO, Dan Knowles, also added: “Every year the Abingdon Wellbeing Hub hosts a Christmas dinner for the local community. This brings together our Partners, Staff, Service Users, Volunteers and Peer Supports. This year we are so grateful to have Smeg, our lead charity partner, providing cooking appliances. This support has allowed the Abingdon Wellbeing Hub to continue its tradition of cooking this community focused lunch around the festive period. The Christmas meal will provide support to many who struggle over the Christmas dinner.”