Samsung announces its store of the year

Sheffield retailer Williams Electrical has been crowned this year’s Samsung Store of the Year.

Ten finalists from across the UK battled it out in the competition, which took place in Manchester on November 8. Only three retailers – Booth Scotland, in Inverurie, Aberdeenshire; Dacombes of Wimborne, Dorset, and Williams Electrical, Sheffield – made it to the final round and Williams walked away with the top gold prize. Booth Scotland were awarded second place (silver), while bronze went to Dacombes of Wimborne.

This year’s competition, which was billed as the ‘ultimate showdown’, tested retailers’ sales skills, product knowledge and digital marketing. 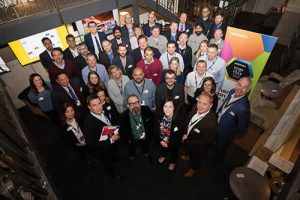 Said Ms Berio: “The standard of Samsung Store of the Year was exceptionally high this year – the finalists really upped their game on the finals day, delivering high standards across all of the challenges.

“While the competition was close, and Booth Scotland and Dacombes of Wimborne were well-deserved runners-up, we have found a great winner in Williams Electrical – congratulations to the store and all their staff.”

Managing director of Williams Electrical, Karen Putland, said: “It is fantastic that Samsung recognise the importance of the independent channel and support it in this way. Well done to all who made it through to the final.

“We are determined to use this achievement to really drive our business forward with Samsung and plan on defending our title in 2017. No doubt the competition will be as strong as it was this year.”

Voice recognition ‘the next big thing’ in audio