What have a historic racetrack and an iconic British radio brand got in common?

The answer – they both came together last weekend for the annual Goodwood Revival festival (September 8-10) when petrolheads gathered to celebrate the golden era of British motor racing and watch period cars and motorcycles take to the track.

The event has been going since 1998 and last year attracted some 150,000 visitors. But this is the first time that Roberts has joined in the celebrations, with a retro-themed shop majoring on its Revival radios, where staff dressed in period clothing were on hand to talk to visitors about Roberts products.

When ERT popped its head in on the Saturday, the shop was certainly packed out and attracting a lot of interest, which we were told they did throughout the weekend.

Roberts head of marketing Rachel Cowle told ERT: “Among the people we spoke to there was a lot of love for the brand and it was great to spend time face to face with customers to hear their feedback directly. 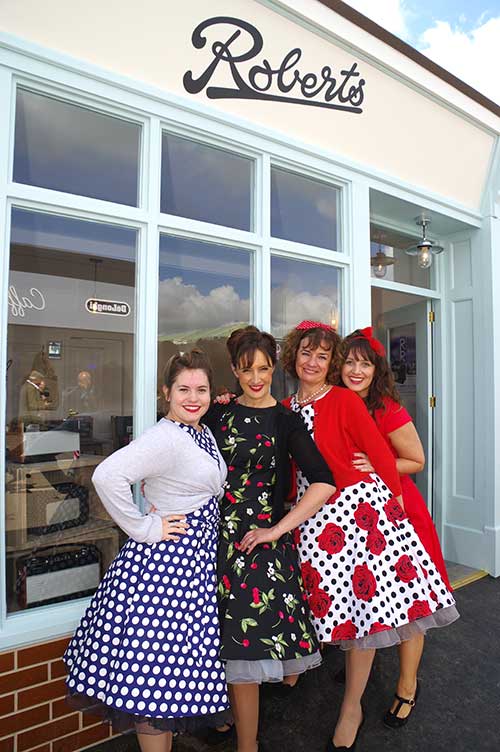 “Really encouraging was the number of people asking when Bluetooth would be available on our range of retro-styled products, to which we were able to answer ‘coming very soon – look out for the RD70 in your local retailer’.

“We found the sell-up to wireless connectivity a very easy one, when the benefits were explained – the iStream2 Revival radios were the first to sell out. People were quickly convinced of the ability to stream their own music and Spotify, as well as having access to all the internet radio stations, particularly for the European visitors, who were very excited at the thought of being able to listen to radio on an easy-to-use and portable radio that would look so great in their home.”

The period-style shop was open each day from 7am to 7pm and Roberts also had an artist in attendance to personalise radios purchased during the show with a hand-painted monogram.

Also on display, alongside the full range of Revival radios, was the new RT100 turntable from Roberts.