Norway has become the first country in the world to turn off analogue (FM) radio and make the switch to digital.

On Wednesday, December 13, at 11:11am (10:11 GMT), after a phased, region-by-region transition that began in January of this year, Norway’s nationwide radio channels stopped broadcasting on FM in the country’s northernmost counties Troms, Finnmark and Svalbard.

The transition affects only national radio channels. Most local stations will continue to broadcast in FM.

ERT editor Sean Hannam was in northern Norway for the final phase of the switchover, which took place at Fløya, on a mountain overlooking the city of Tromsø, above the Arctic Circle. He was joined by two representatives from British digital radio brand Pure – senior sales director Andy Graham and senior communications manager Sophie Spooner. The UK contingent’s visit was reported by the local press in Tromsø.

“It’s a big change and we have to give listeners time to adapt to digital radio. After each shutdown (in a region), we noticed that the audience first dropped, but then rose again,” he added.

Norway currently has 31 national radio channels on DAB, compared with the five national channels previously on FM. The new national channels, transmitting only on DAB, have gained more listeners in 2017. New channels now account for about one third of total listening. Every day, 1.4 million Norwegians listen to channels that had not existed without the digital radio shift.

Eighty-six per cent of all radio listeners in Norway are on digital, according to a survey carried out by Kantar Media, in December 2017. Norwegians have acquired 620,000 DAB radios in the past two-and-a-half months – since mid-September.

Commenting on Norway’s digital switchover, Ford Ennals, chief executive of Digital Radio UK, said: “We congratulate the Norwegian broadcasters and Digital Radio Norway on completing the transition to digital radio and becoming the first country in the world to switch-off FM transmissions for major stations.

“Digital radio continues to make great progress in the UK and, with digital listening now at 48.8 per cent, we are looking forward to the majority of all radio listening being via a digital platform in the new year. There are many lessons that we can learn from the Norway experience, particularly in relation to making sure there are the right products and resources to help listeners upgrade to digital radio in their car.” 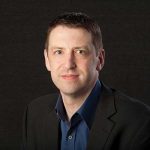 Paul Smith, chief executive of British radio brand Pure, on why the UK should follow in Norway’s footsteps and make the switch to digital

“Today, the final FM transmitter has been turned off in northern Norway, making it the first country in the world to go digital. Switzerland will be following hot on its heels, as it prepares for a 2024 FM switch-off.

“Norway’s neighbour, Denmark, and other European countries, such as Belgium and the Netherlands, are also actively preparing for a digital switchover.

“The UK was the first major country to build a national network of digital transmitters and within months will reach the Government switchover criterion of 50 per cent digital listening and population coverage equal to or exceeding analogue. In several European countries, they have – or are putting in place – legislation to outlaw the sale of FM-only radios to help accelerate their ambition to become truly digital broadcast regions.

“So, given that the infrastructure is in place, the criteria will soon be met and several countries have now overtaken the UK with digital migration, why are we sceptical to proceed with committing to a date? Especially as, if we take into consideration that both the BBC and commercial broadcasters must pay for two simultaneous transmitter networks (one for FM, one for DAB), digital broadcasting is significantly more efficient than FM (energy and operational costs) and many of the FM transmitters are typically in need of repair or replacement.

“The simple answer is that we are in uncertain political times and there are no votes to be won for announcing a progressive switch to this aspect of a digital economy. A few years ago, we committed to a digital TV switchover that said the valuable analogue spectrum could be sold for huge sums to bolster HM’s treasury. The same windfall bonus doesn’t apply to turning off AM and FM broadcasts.

“The UK can be considered more prepared now than Norway was when they turned off their first FM transmitters back in January this year and we don’t even have a date for switch-off. We have a far greater penetration of digital radio, the broadcasters, device manufacturers and retailers are ready. There is already an amazing selection of digital-only stations in addition to the stations that listeners already know and love. The regulatory framework is essentially in place and also includes the ability for small local stations to transmit digitally.

“Despite growing music services from companies such as Spotify, Google, Apple and Amazon, the vast majority of listening remains firmly on radio, regardless or age, region or demographic. Already 17 million people per week listen to services that are not available on analogue.

“As a British company with UK-based engineering, developing some of the world’s most advanced digital radios, we will clearly benefit from a digital switchover. We also believe that the UK should show leadership in a sector in which its companies dominate. The switchover is inevitable, but is simply being stalled due to the general political climate. Our message is simple, let the UK be the first major European country to go fully digital in its broadcast backbone – TV and radio. Post-Brexit will be a new era for the UK, regardless of the final outcome, in the broadcast sector – at least let it be digital.”