Following a tower block blaze in London’s Shepherds Bush, the London Fire Brigade has called on Whirlpool to change its advice in the safety notice it issued in November 2015 on faulty tumble-dryers.

The blaze ripped through an 18-storey high rise, taking 120 firefighters to put it out. LFB has said it believes the fire was caused by a faulty Indesit tumble-dryer, which was subject to ‘corrective action’ by the manufacturer.

Firefighters said the blaze started in the kitchen of a seventh floor flat. The occupants were in at the time and using their tumble-dryer, but escaped uninjured. The residents of four other flats in the block have also had to be rehoused.

The LFB is now asking Indesit’s parent company Whirlpool to change its advice to consumers “as a matter of urgency”.

Whirlpool’s current advice is: ”You may continue to use your tumble dryer while waiting for the modification, however, we require that you do not leave your dryer unattended during operation as an extra precaution (i.e. do not leave the house or leave the dryer on while asleep).” 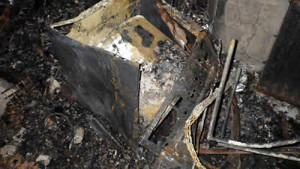 London Fire Commissioner Ron Dobson said: “If my kitchen had one of the recalled goods in it, I would unplug it straight away until it has been checked and repaired. The speed with which the fire took hold shows how dangerous a faulty tumble-dryer can be. That’s why we are calling for Whirlpool to urgently change their advice to consumers.

“The flat’s occupants had a terrifying ordeal. The kitchen quickly became smoke-logged and thankfully they noticed the smoke and quickly left the flat and called the Brigade. This decision could have saved lives.

“If your appliance is subject to a safety or recall notice or you think there is something wrong with it our advice is simple. Unplug it immediately and contact the manufacturer or a qualified repair technician.”

LFB listed its five concerns about Whirlpool’s current advice. They are: 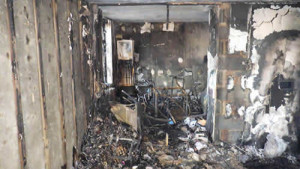 In response to the incident, a Whirlpool spokesman said: “Our thoughts are with all those affected by this incident. The cause of the fire is currently unknown and we will assist London Fire Brigade in any way we can as they investigate. We are looking into the circumstances surrounding the fire as a matter of urgency. As investigations are currently ongoing, we are unable to comment further at this time.”