This year’s ERT Awards, which are now open for entries, have been combined with the magazine’s Turning Point campaign to create an exciting, new one-day event – Turning Point Live! – the first of its kind in the industry.

Taking place on October 1, from 9am to 4pm, at the Grand Connaught Rooms in London’s Covent Garden, Turning Point Live! will shine a light on best practice in the electrical retail sector, taking the ERT Awards – now in their 11th year – and extending it to become a whole day of Turning Point-themed content. 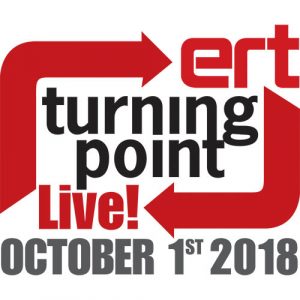 Before the awards ceremony, there will be a whole morning of conference-style sessions, featuring proactive electrical retailers sharing their experiences, advice and views on the best ways to do business, make the most of new opportunities and ensure a healthy future for the industry.

This will be followed by the lunchtime ERT Awards pub quiz – hosted by ERT editor Sean Hannam – and then the ERT Awards ceremony, where the winners will be presented with their trophies.

Said ERT editor Sean Hannam: “Our Turning Point initiative has been shaking up the independent electrical retail sector since its launch in February last year and now we’re combining it with the industry’s leading awards to create a vital new one-day event focused on the best of electrical retailing. It will be bigger and better than ever! ERT is perfectly positioned to debate the issues surrounding the future of electrical retailing and highlight those who are embracing change and going the extra mile to improve their business as our industry reaches a turning point.”

Retailers only have to submit one entry form, but a panel of expert judges will decide which awards category or categories retailers are suitable to be put forward for and then narrow them down to a shortlist, which will be announced in late June. The winners of this year’s awards will be revealed on October 1.

Dealers will also get the chance to vote for their favourite independent sales rep, in a survey carried out by field marketing agency Gekko.

There will also be a Special Achievement Award to recognise an individual who has made an outstanding contribution to the industry.

Manufacturers are eligible to enter one awards category this year – the Training Award.

The hospitality partners for the day will be Yamaha and Yusen Logistics.

Smart tech: the next frontier

Smart home: You’ve got the skills