The winners of this year’s ERT Awards have been announced.

Now in their ninth year, the awards are aimed at recognising excellence and outstanding achievements in the electrical retailing sector.

This year, for the first time, independent retailers were asked to vote for their preferred suppliers, products and sales reps in a survey carried out by leading field marketing agency Gekko. 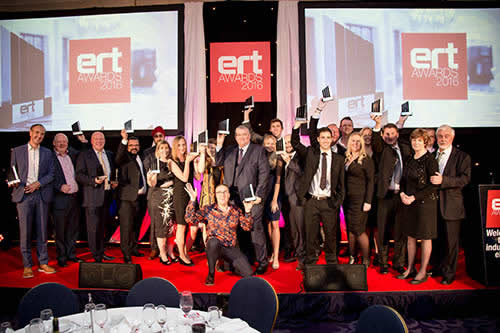 The winner of Small Domestic Appliances Retailer of the Year was Dacombes of Wimborne in Dorset and Salesperson of the Year – Independents went to Clive Stevens of Mifsuds Photographic in Brixham, Devon.

The award for Sales Rep of the Year – Independents went to Big Red’s Stuart Hoad, sales agent for London, the South-East and the Home Counties.

Said ERT editor Sean Hannam (pictured top): “Congratulations to all of the winners and thanks to all of our sponsors. It was great to see the industry come out in full force for the industry’s most prestigious awards event.”

ERT to hold summit on future of electrical retailing