Electricals will be hit hardest by Brexit Electricals will be the hardest hit retail sector following the UK’s decision to leave the EU, according to new research.

In a post-Brexit survey carried out by analyst Retail Economics, almost a quarter of consumers (24 per cent) said that they would cut back their spending on electrical products such as TVs and tablets.

The survey said: “Almost a quarter of consumers who said they are likely to cut back on discretionary spending suggested that electricals will be the area they would cut back on the most. Unsurprisingly, food and health and beauty spend were the most defensible.”

More than a third of consumers (37 per cent) said that they would be likely to cut back spending on large purchases, such as TVs, furniture and bathrooms, which they had been intending to make prior to the EU Referendum result.

According to the survey, the immediate future looks challenging for electricals, furniture, flooring and other big-ticket retailers.

Just over half of those consumers surveyed said they were likely to save a higher proportion of their wages in light of the EU Referendum result.

Said Richard Lim, chief executive of Retail Economics (pictured): “Our survey revealed three in five Britons are worried about the outlook for the UK economy and believe that Brexit will have a negative impact on their personal finances.

“A further 58 per cent said they would now hold back spending on non-essential items, with our analysis suggesting that electricals and DIY would be the areas hardest hit.”

He added: “With the consumer sector the driving force behind the economic recovery so far, it is difficult to see what can compensate should a more widespread slowdown materialise.”

What the industry thinks … 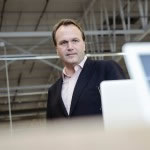 “In the five days since the referendum result was announced, our trading was up year-on-year – I think it’s very unlikely we’re going to see a collapse. People are still buying TVs and washing machines. I don’t know what the long-term effect will be, but, on the whole, we tend to ride with the economy – if it’s down, the market’s down. If it does slowdown, then so be it – it’s happened before and it’s not the end of the world.” 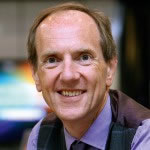 “We saw a slowdown in anticipation of a possible Brexit, so it is right to conclude that sales will continue to fall now that it has occurred.

“Our sector is dependent on banks to finance consumer spending and builders to create the consumer demand, but the share price of both have been hardest hit in the days following the EU Referendum.

“Retailers’ shares have fared little better, with big markdowns for AO and Dixons Carphone. There are, however, a couple of silver linings. We do expect a pick up in rental of household appliances, as people may rein in spending, but they don’t stop needing or desiring the equipment we provide. Rental provides the solution.

“Prices should also rise, following the sterling’s collapse against the dollar, so the sales we will do should be at a higher profit. We must also be careful not to talk the market down, as this becomes self-fulfilling. This said, now may not be the best time to open a new shop.” 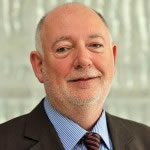 “We are in uncharted waters and this is reflected in the high levels of uncertainty around the economy, shares and the pound.

“There is no doubt this uncertainty will continue for some time and we all know that uncertainty isn’t good for sales.

“I don’t necessarily agree with all the doom-merchants, but the truth is, at this moment in time, nobody knows where this will all end.

“I think it’s too soon to say that, specifically, the electrical industry will be hit hardest. Many electrical purchases are not discretionary. If a family washing machine or cooker breaks down, it becomes essential to get it either repaired or replaced.

“Whether consumers will trade up to the latest HD TV if their TV needs replacing may be a bigger decision.” 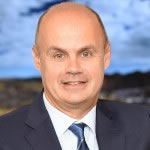 “It’s easy to talk up doom and gloom, but we need to stay calm.

“The run-up to the EU Referendum has already brought a drop in footfall and sales. While Brexit will no doubt lead to some further short-term instability which will affect the retail trade in the coming months, all has not been revealed yet – we need to let the dust settle.

“The electrical retail industry has survived the 2008 crash and the recession that followed and is used to dealing with change. In fact, I’m sure our businesses are leaner, fitter, and more prepared, so I’m confident that independent retailers will adapt to the challenges ahead.

“This could be a great opportunity for a return to more traditional profitable services, such as TV and appliance rentals.”

Wentronic launches in the UK