Black Friday deals not all they seem, warns Which?

Black Friday deals may not be all they are cracked up to be, according to an investigation by consumer watchdog Which?

Half of last year’s (49 per cent) Black Friday offers were actually cheaper in the months before or after the event, the research claimed.

Which? tracked deals on 20 popular tech gadgets and home appliances on Amazon, AO, Argos, Currys and John Lewis for the three months before and two months after Black Friday last year (November 27).

The results showed that only half (51 per cent) of the products were cheapest on Black Friday itself, with the remainder cheaper before or after the day.

Which? also claimed to have uncovered numerous examples of offers by retailers AO and Currys that appeared to inflate the ‘was’ price to make deals look better than they actually were.

When promoting a discount like ‘was £100, now £50’, the ‘was’ price should be the most recent price the item was sold at for 28 consecutive days or more, and not a price that is more than six months old. 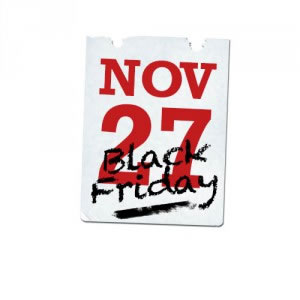 Which? said it had found examples where this had not been done. As a result, it claimed that these retailers may be breaking government guidelines.

Said Pete Moorey, Which?’s head of campaigns: “Shoppers might be surprised to learn that only half of Black Friday deals are actually cheapest on Black Friday. If you’re thinking about starting your Christmas shopping around Black Friday, do your research as some ‘deals’ may not be all they’re cracked up to be.”

Speaking to The Guardian, Currys said it: “fundamentally disagreed” with the approach taken by Which?

A spokesman for the retailer said: “We comply fully with the PPG (pricing practices guidance) guidelines, displaying a clear date from when the ‘was’ price was taken, allowing customers to make a fully informed decision. Currys offered thousands of deals on leading brands over Black Friday in 2015 and this year’s event is set to be even bigger.”

An AO spokesman told The Guardian: “The internet is the most transparent marketplace ever created for consumers to be able to compare price and service associated with it and we work hard to be exceptional on both fronts. This has been recognised many times by Which? themselves.

“We work hard to ensure that any promotions we make are clear and take our obligations to consumers very seriously.

“The sheer scale of Black Friday’s great offers means that these are planned up to 12 months in advance to maximise the value and service for our customers. That demands significant planning for a very fluid trading environment across hundreds of offers and we are always focused on offering the best price match promise all year and especially around Black Friday.”

Samsung to buy Harman for $8bn