Independent retailers can’t afford to ignore the smart home, but what’s stopping many of them getting involved? AWE managing director Stuart Tickle tells it how it is

In the wake of ERT’s Turning Point Summit, we identified that there was a clear need for a neutral, industry-wide resource to help independent retailers understand and embrace the commercial potential of the smart home.

ERT spoke to AWE managing director Stuart Tickle at his company’s HQ in Epsom, Surrey, and asked him for an update…

Q: Are you seeing many independent retailers taking the step into selling the smart home?
Stuart Tickle: I would certainly say there’s been a shift in activity for the better – there have been people talking about it, in recognition that they need to do something, but there’s been very little action from the majority. More of those who are talking about it are starting to investigate.

Those retailers who are still left have obviously done something right, compared with those who are no longer with us, whether it’s by judgement or by chance – such as their location. However, of those, there is a growing number who are taking more proactive steps.

One comment we had at a Retra event was, ‘at least I now have a better idea about what I don’t know’. Many retailers are still at the early stages.

ERT’s Turning Point Summit was a notable event and that was the catalyst for us saying ‘now is the right time to work with Retra and T21’.

We put on smart home days for proprietors, which were very well attended. We did three at AWE – we had 25 people in each session and we had a waiting list. It was positive. We did have a number of retailers take proactive steps by immediately booking training for their engineers. 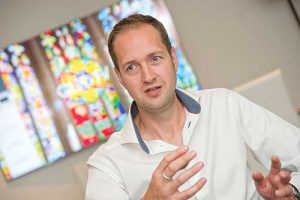 Q: What’s prompted that shift?
ST: Three or four years of industry events and press, such as ERT, repeatedly banging the drum, alongside more commercial businesses, like AWE, being proactive. We’ve been saying quite bluntly that unless you’re very fortunate to be in a good location, you have to evolve if you want to survive.

Unless you happen to be in a market town with an incredibly loyal, affluent, local population, you risk going out of business.

I think it’s a realisation that they need to add more value – the message is filtering through.

Q: What about those retailers who don’t want to make that change?
ST: There is a tier of retailers who made a lot of money in the Eighties and Nineties, who bought their properties and who have a nice house and a place abroad – their current retail business may not have been as profitable as it once was and they make their money from renting properties. There are a number of those people who don’t want to change – they know they could, but it would take a lot of effort and they don’t need to do it. Unless there’s a younger generation coming through, or they plan to hand over the business or sell it on, it’s too big a change – they’ve made their money and they’re comfortable. They don’t want to be working hard on new things. That’s a decision that they are fully entitled to make – fair play to them. They’ve had a good retail career.

Q: Can you tell us what kind of information you gave retailers at the AWE/Retra/T21 smart-home sessions you held?
ST: They were aimed at proprietors, rather than shopfloor staff, in order to let them understand what the possibilities are – what the full scope of a smart home could be – but also making it clear that they don’t have to jump in at that level. We gave them an understanding of the whole concept of what the smart home is and also gave them clear examples of how they could start.

We had a broad mix of retailers attend – the majority were owners of single stores, but there were also representatives from the bigger, well-known independents.

Everyone that came was taking the steps that the forward-thinking retailers, such as Hughes, have already taken. There are a handful of retailers who are further down the line and are making good money from it – their businesses are expanding and they are investing more. The majority are trying to understand how to get involved without taking any risk whatsoever.

Q: What’s preventing more independents getting into the smart home?
ST: The perceived risk – they don’t want to get burnt. They don’t feel they can afford to invest in anything that might not give a fairly quick return. They are very nervous about getting involved in something that could take them in a direction they don’t yet understand. The words ‘smart home’ and ‘network’ fill some retailers with fear.

Through our extensive contacts, we have developed a clear path for a retailer to take and they can step in at any level. There is a very simple entry point with a low risk. We’re providing the stepping stones for them to grow their business in a controlled way. 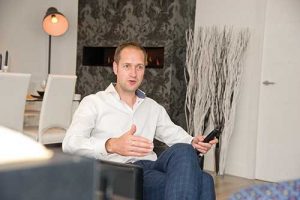 Any retailer who is already doing a standard delivery of a washing machine or a TV already has a lot of the skills and the infrastructure required – they have access to products, they have a vehicle, they have someone who goes out to homes and they have someone who picks up the phone when their colleague is out and about. But what they don’t have is the knowledge or the access to the products that glue everything together to make a smart home or a connected home. Some of the products they’re already dealing with are part of the solution.

No one manufacturer can provide the information that we can because they are all experts on their own products. We can provide a different perspective. The key thing is to help retailers understand the differences between the technologies and work out what’s appropriate for them.

Q: A lack of knowledge in networking and wi-fi is a big problem for independents, isn’t it?
ST: One question that came from one of our sessions was ‘how much will it cost to get my guys smart-home trained?’ There is no single course or day you can do to provide all the information. You can do a three-day Cedia networking course and you’ll come out very well trained at the end of it, but you can’t go and do a day course and come out smart-home trained – it’s just not possible. What’s your level of knowledge to start with and what elements are you going to do?

What we’ve done is to adapt our Smart Home Academy – we now have a clear path of foundation training. We do two foundation courses – one covers practical, hands-on and theoretical smart- home training and the other includes practical knowledge, but, by the end of the second day, you will be able to a do a controlled, single-room installation. Their engineer will be able to program a control system and integrate it with Sonos, Heos, Hue and Nest – things they already understand. It’s a stepping stone.

Q: Some retailers will find displaying the smart home a challenge in-store due to space restrictions, won’t they?
ST: I went to visit a reputable independent. It was a beautiful, well laid-out store with shop-in-shop areas for key brands – exactly as the manufacturers would want it. But that is not conducive to selling a [smart-home] solution – it’s product selling.

The problem is that manufacturers want branding and products and they will reward retailers for displaying a certain number of products in certain ways.

I understand that, but it’s just like the internet, but in a bricks-and-mortar store – the internet offers branding, products and comparisons.

The whole thing a store needs to do is to differentiate itself from online and the multiples by taking those products and putting them into a desirable solution. 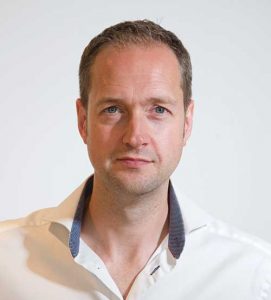 Q: Which retailers are doing well with the smart home? John Lewis has a good opportunity, doesn’t it?
ST: The big guys will get there – by the big guys, I don’t mean John Lewis and so on… I’m talking about Apple, Google, Amazon – they’re already doing it in the US. One of their technologists can visit your home for free, spec it out and the stuff will be with you that day. Why would you drive and park [at a store], when someone could come to you and discuss and understand your needs?

Does Apple need retailers? No. Amazon needs them at some level – for things like Marketplace – but, actually, Amazon is a direct buyer from manufacturers, as is AO.

As a manufacturer, why wouldn’t you sell the majority of your products to those companies who are the biggest and best with fast delivery and great customer service?

The requirements of independents have changed – independents need to make themselves attractive to manufacturers. We’re a distributor – it’s our job to help the retailers get to that point, because we can then bolt on all the more specialist products and support that enable us to add value – we have to add value as well.

Manufacturers are factories that need to sell products and they’re going to sell them to companies that can sell lots.

When I go to industry events, I find it incredibly frustrating when I hear retail representatives slating manufacturers for selling to someone that just happens to not be in line with what they want.

I’d be standing up and saying to retailers, ‘you need to evolve to make yourselves attractive to manufacturers’.

Adding value to a box is no longer just displaying it and giving advice – you can get that online. They have to add a new tier of value by servicing their local community – helping a consumer navigate the minefield of technology and tailoring a solution to that person.