Bob Stuart is the creator of revolutionary new British audio technology MQA, which could be a game-changer for how we listen to music in the future. It’s all about getting back to hearing what was intended in the recording studio, he tells Sean Hannam

One of the biggest talking points at this year’s CES in Las Vegas was the growing noise around MQA (Master Quality Authenticated) – the innovative, new audio technology that’s been developed by Bob Stuart, the co-founder of premium British AV company Meridian Audio.

In fact, Mr Stuart has been talking about it so much, that he’s now got ‘Vegas throat’, he tells me – an affliction caused by a combination of constantly speaking in an air-conditioned exhibition hall and the dry air of the Nevada desert city.

Shortly before we start our interview in the MQA offices in Huntingdon, near Cambridge, he’s spent a long time on the phone with an American journalist to talk about the latest developments that some people in the audio industry are saying could quite possibly be the biggest advance in quality for decades.

Mr Stuart goes one step further: “The promise we make is that the sound you hear in the studio is the sound that you’re going to get from MQA – nothing else in the history of recorded music has allowed that to happen.”

Q: Can you tell us about the thinking behind MQA and how it came about?
Bob Stuart: You could either say that this project began in 1992, or you could say that it became serious for us in 2005. I’ve always been on a mission for great audio quality. The roots and the DNA are about music and quality, because we believe that the clearer you hear music, the more you enjoy it. Humans have a very robust hearing system – you can follow a piece of music in a nightclub, or recognise a song across the park and hear the tune, but to understand the nuances of it, the emotion and what the artist has done, you want to be able to hear the details. We think sound quality is important and what MQA is about is that it is no longer necessary to give up quality for convenience. 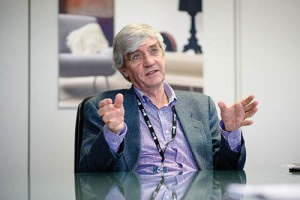 Q: With the iPod generation, people were sacrificing quality for convenience, weren’t they?
BS: Absolutely. That’s true right through the history of recorded music – since the cylinder. The medium has had a tremendous influence on the music. The fact that songs are about three minutes long goes back to the era of the 78 – you could fit it on one side. If you think about recorded music since the Second World War, when we had magnetic tape recording and things could be captured in reasonable quality and then issued, it’s been hard to keep up the sound quality. Perhaps the golden era of recorded music – for completely different reasons to today – was the vinyl record. They were able to make one thing – a record – put it in a store and you could buy it and play it on a Dansette or a complicated gramophone and the sound quality you got was your choice.

Believe it or not, the vinyl record was the result of a format war of convenience versus quality. There were two competing standards – one was 45rpm, which all the audio people thought you needed to be able to get everything on the disc – but 33 played for longer and that’s what won. When it came to CD, the overwhelming response from people was that they loved the sound quality and they also liked the convenience – you didn’t have to worry about breaking the needle. When there were consumer surveys carried out, the two most important things that the average consumer thought about CD was that you could pause it and you didn’t have to rewind it.

The whole history is extraordinary – cassette, CD and then the nightmare of MP3, when the free codec was allowed to basically dismember the music industry. There was then a bit of a resurrection with iTunes, where we had lower quality, but at it least it was in a walled garden. The disaster, at that time, was, in my view, the decision to sell music by the song.

Q: Did that effectively destroy the idea of the album? People chose to buy selected tracks rather than purchase, and listen to, whole albums…
BS: Absolutely. I’m not harking back to some golden era, but the simple fact is that if you sit down with an album you have an experience – and that’s partly what the vinyl resurgence is about. It’s an experience that has been curated by the artist – the songs are in a sequence. How many times did you buy a record and end up liking a different song than the one you bought the record for?

Today, there’s a ‘Chinese menu’ type of approach, with picking songs for playlists. People skip to the next one if they don’t understand it and they never go back.

Convenience has led to two things – low sound quality, which got even poorer with streaming, and it also led to a disconnection between the artist and the fan. With vinyl, if you’re an artist, you can do a gatefold sleeve or interesting artwork – it’s big enough and it’s tangible – and you play it all the way through. I’m not arguing for vinyl – I’m just arguing for what those things meant.

Q: Why has vinyl made a comeback?
BS: I think there are a number of reasons – one is that it’s cool. The other things are what we’ve just talked about, like the album cover. There’s an interesting statistic from Warner Music – when you buy a record on vinyl, you often get a voucher for a free download, but they believe that 50 per cent of the vinyl that’s sold is never played. People put it on the wall, or in their collection – it’s a statement of who they are. We’ve also seen young people who’ve been interviewed saying that they get a disembodied experience when they steal music [off the internet] or use a streaming service – they have nothing at the end of it. It’s not like having a book on a shelf. There’s an ownership element, but they’re also reacting to the sound.

You’ve got one or two generations who’ve known nothing better than MP3, but they still live in the real world. They know what the sounds of nature are and they know what a live piano sounds like and they’re disappointed. Vinyl is the only way they have of easily accessing something that they feel is better – it’s certainly more warm and cuddly. We wouldn’t say it’s an authentic sound at all, but it’s way better than a lot of what you get.

Q: So where does MQA come in?
BS: MQA technology teaches you how to make a better recording and we’re trying to educate people to do it now. We also have a whole suite of tools that allows us to go to the archives of artists like Frank Sinatra and Ella Fitzgerald and get the maximum out of those recordings. We now have enough knowledge and processing to get back to the sound that was actually there in the studio.

If you have artists like Led Zeppelin or Elton John, the labels have the recordings and the documentation that allows us to go back and get the very best provenance. When the artists hear it, they’re thrilled.

MQA is about de-blurring and getting rid of the digital artefacts – getting a clear sound and provenance.

It’s very, very exciting – the artists and the producers spend a lot of time getting the sound right, yet nearly everyone hears it via MP3 or through ceiling speakers in Next or in a pub. The average experience of the song is awful.

We think the music is so important and it’s critical that we get the right thing put into an archive for future generations.

We’re saying to record companies, ‘look, the last time you invented your future, it was the vinyl record – since then, you’ve been tossed around on the ocean by the cassette, the CD, the iPod, downloads and streaming coming at you’.

They haven’t been able to take a total view of their business. Here’s a chance to get the most accurate representation of what’s in the studio and deliver it to people. For the first time in 50 years, we don’t have to compromise convenience for quality. We’ve had unbelievably positive reactions from the artist community and from the labels.

Q: Will it be a challenge getting the MQA message out to retailers and consumers?
BS: Herding cats is always challenging, but with the musical labels and artists onside, they can always help us. If an artist says, ‘this is how I want you to hear my music’, that’s very powerful.

Instead of having a whole ‘Chinese menu’ of options, you have one file that will play in your iTunes, on your computer, in your car, on your phone…. and if you have the right MQA speaker, or DAC [digital-to-analogue converter], you’re going to get great sound.

I’ve had a music executive plug in their earbuds and say, ‘they’ve never sounded like that before’. 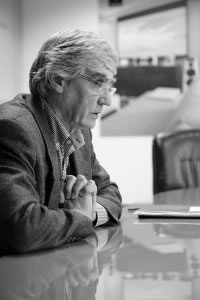 Q: Is your dream that MQA will become music for the masses?
BS: Absolutely. Most people of my age would think it’s time to go and sit on the beach – not reinvent the music industry and get it right.

I think the idea of retiring at 65 is preposterous – humans live so much longer these days.

MQA is a start-up – it’s an exciting time and we don’t know if it’s going to succeed or not, but we’ve got good ambition and good technology. It’s very well funded by our backers – our key investor is Reinet, part of the Richemont group [which owns several of the world’s luxury goods brand including Cartier and Montblanc] – and our income will come from licensing the technology and the hardware decoders and DACs.

Q: You’ve been at the forefront of audio technology development for your whole career. Did you ever predict that vinyl would make such a comeback?
BS: No, I didn’t see that one coming.