Our adopted Turning Point retailer, Trafalgar Electronics in Rugby, is getting to grips with digital marketing and is on track to relaunch its new identity – Ashley’s – and smart-home-friendly business later this year. Sean Hannam reports

Digital marketing is one of the key areas that independent retailers need help with.

Our adopted Turning Point retailer, Trafalgar Electronics in Rugby, Warwickshire, which last year embarked on a journey to overhaul its business and store, identified it as something they had to addresss.

They’ve actually gone one step further and decided to totally rebrand their whole operation as Ashley’s – the owners are husband and wife Ronnie and Lisa Ashley.

The company’s new website and brand identity will be officially launched later this year, but when ERT visited in late August, we got a sneak preview. The store’s new business cards are ready to go and the staff, including trainee engineer Harry Ross and sales adviser Matt Cresswell-Peters, are already kitted out with Ashley’s branded polo shirts.

The new logo, which includes the tagline ‘Switch On Your Smart Home,’ to reflect the retailer’s new direction, was created by a local graphic design agency who worked closely with Trafalgar and marketing agency, Orchard Business Development, on the project. 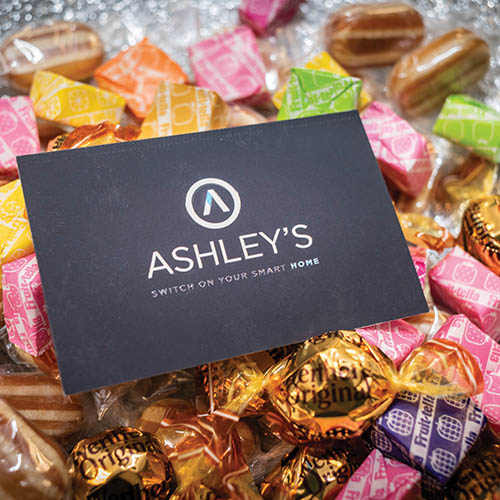 “The logo looks very professional – it’s lovely and for part of it we’ve used the Pantone Colour of the Year, which is Ultra Violet. We’re really pleased with it,” says Lisa.
Orchard has also introduced Ronnie and Lisa to online graphic design tool Canva, which can be used to create marketing material.

“We’ve now got an online strategy, whereas before we would just say, ‘oh – let’s just put something on Facebook’. We haven’t got a marketing department – it’s just us. We didn’t know where to start. Orchard have been great and they’ve given us the tools to do it. They’ve held our hand and they’re giving us training. We’re also working with them on how we can get younger people through the door,” says Lisa.

Adds Ronnie: “One of the things I’ve struggled with is planning ahead for advertising – we can now be better prepared for that. There are so many different social media platforms that we’re going to be using.” 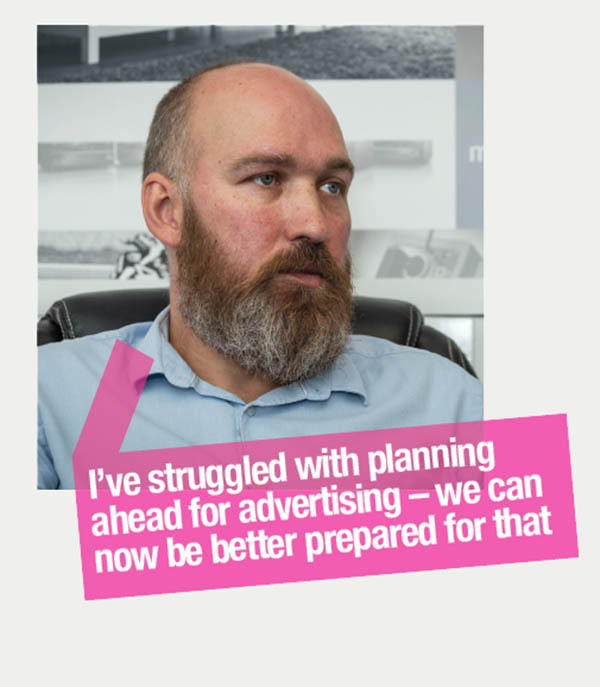 So that’s the marketing side taken care of, but what about the store itself? How’s work progressing on that?

Well, the new smart-home area, which will be upstairs, has yet to be finished, but the downstairs shopfloor space is coming along nicely.

A new floor has been laid and there’s kitchen furniture, which was installed by local company Grace & Harmony Kitchens, and will be used to display appliances, including Smeg SDAs.

There are also new display areas for Bosch, Neff and Blomberg appliances, as well as a wall for TVs and shelves for audio products, including Roberts radios and Sennheiser headphones. When ERT visits, there’s also an impressive mirror TV on show in the shop window – it really is a new look…

Trafalgar also had plans to let local vinyl music retailer Just for the Record move into its premises, but, sadly, that now won’t be happening… 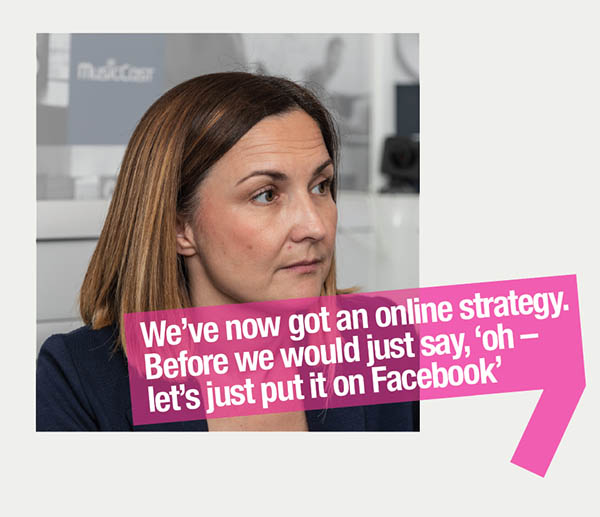 “There were difficulties with landlords – the owner has now moved into new premises, but we’re going to have some of their records and flyers in here and show them off,” says Lisa.

So is Trafalgar working more closely with other local retailers?

Adds Ronnie: “Since we decided to change the business, we’ve been connecting more with the local community and we’ve been asking people for advice on what’s going on in the town.”

Trafalgar hopes to be totally rebranded and refitted by October this year. 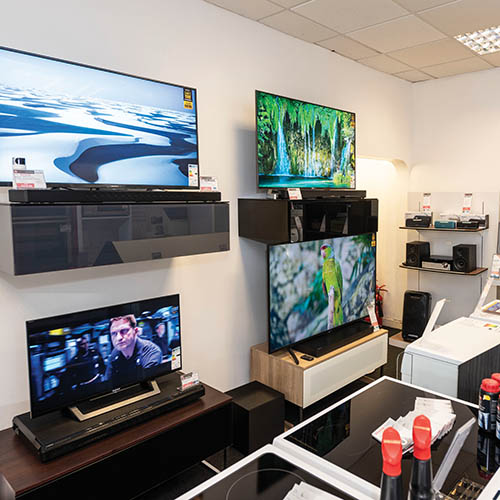 Says Lisa: “We’re going to do an event for the  store opening.”

The whole process of revamping its business hasn’t been easy and there’s still plenty of work to do, but Trafalgar can finally see the [ultra violet] light at the end of the tunnel…
“It was a massive task, but we’ve worked through it and we’ve thrown money at it,” says Lisa. “It’s an investment, but we needed to do it.”

• We’ll be reporting on Trafalgar Electronics’ progress in a future issue of ERT. Ronnie and Lisa Ashley will be sharing their experiences in a panel discussion at this year’s ERT Turning Point Live! event in London on October 1 – for more information and to book tickets, visit ERTonline.co.uk/turningpoint

‘Don’t do anything online you wouldn’t do in-store’