‘The kitchen of the future is already here’

Smart tech is finding its way into more and more home appliances. But retailers have to help consumers understand how that can improve their everyday lives. Simon King reports

With sales of connected appliances at an all-time high in the UK, the smart kitchen, as part of an overall smart-home ecosystem, is fast becoming a reality and all the signs are that demand is only going to grow over the next few years.

And although research from techUK highlights that 77 per cent of the UK is currently ‘aware’ of the connected home, other surveys have found that there is a considerable lack of knowledge among consumers as to how it will work for them and the benefits it will bring them.

That’s why the trusted electrical retailer is ideally placed to shine in such a potentially daunting area as smart appliances.

Although sales are still in the early days, figures from GfK highlight the leading position that the UK has when it comes to selling smart appliances.

Norbert Herzog, GfK’s strategic insights manager, says that the UK smart-appliance market was worth £400 million over the 12 months to the end of March 2018 – up 39 per cent in value and 64 per cent by volume year on year.

Connectivity was introduced earlier in many other markets and is only now making its way into every appliance category sector. Washing machines are certainly leading the way within connected appliances.

The growth of connected appliances, however, is not limited to any one product sector. Each manufacturer is taking a different first step into the field.

Consumers increasingly want their kitchen appliances to do more, including task delegation, as well as saving them time, energy and money – and all with exceptional levels of performance. Consumers are beginning to understand the great benefits that connected appliances bring to their everyday lives and that by removing the possibility for human error, and delegating the choices to the appliance, greater savings on resources can be made.

There is no doubt that independent electrical retailers are in a strong position, as smart appliances need to be talked about and presented in an appropriate manner – this is one category that online retailers will not be able to do justice to.

Catherine Balderson, Whirlpool’s brand manager, says: “The independent electrical retail sector is important for the growth of the connected appliance market as a result of the knowledge and advice retailers can offer to consumers, as well as being able to demonstrate connected appliances – something internet retailing cannot offer.”

ted
Hoover was the first to launch a complete range of fully connected kitchen appliances in the UK, back in 2015. The initial collection, which allowed remote control of appliances, comprised a fridge-freezer, oven, hob, hood, washing machine and dishwasher.

Steve Macdonald, Hoover Candy’s marketing director of freestanding, says: “Connected tech is the biggest innovation on the market, so we’re now building it into all of our products. While the smart capability is there, we always ensure the product can also be used in the traditional way, so that everyone in the household can feel comfortable using every appliance. It’s all about caring for the whole family.”

Donald Shepherd, Beko’s marketing director, says customers who want to invest in a ‘kitchen of the future’ have high expectations, and store staff should ensure they are well versed on the latest trends and technology to build confidence with their clients.

“It’s important to offer an installation service and make sure everything is working as it should,” he says.

Independent electrical retailers have a superb opportunity with these changing times to garner new and future sales opportunities. Connected appliances offer innovations that bring genuine lifestyle benefits and crucial economic improvements to the consumer, which are real upsell opportunities for the retailer.

Whirlpool’s Ms Balderson says: “Investment in training is key for those electrical retailers who are looking to sell smart appliances. Many consumers may be under the impression that smart technology is a gimmick. However, with the right training, staff can easily switch consumers on to the incredibly valuable lifestyle benefits the appliances offer.”

Recent research has shown that consumers looking to purchase high-ticket items, such as appliances, have been favouring the webroo

ming method. Some 79 per cent of consumers said they used the internet for their initial research however, when it came to purchasing the item, they chose to visit a physical store to make the purchase.

Reasons for visiting a physical store included seeing the item in ‘real life’, rather than relying solely on images, and to ensure they had made the right decision.

GfK’s Mr Herzog says that one of the things that will soon launch into the market are appliances that feature voice interaction, with smart voice assistants, such as Amazon Alexa or Google Home. These will enable users to control their appliance by speech.

Beko’s Mr Shepherd says: “We’ve seen with the success of Siri and Alexa that voice control is becoming an accepted way of interacting with your devices, so we believe this is definitely an area for growth.

“From 2019, voice control tech will be available across the majority of our brands. Consumers will be able to control their home appliances through Amazon’s voice-activation system Alexa, with the ability to turn these appliances on and off, and monitor the progress of washing and cooking programs simply by asking. This leaves families free to enjoy their time together.”

To increase the sales of connected appliances, it is imperative to have products displayed in a setting that is relevant to your customer and wired for demonstration.

Retailers should team up with manufacturers that have demo modes built into their connected appliances. Let the consumer take control, using the demo mode, via an app on their phone. Show them the benefits, and what a difference it will make to their lives and the savings it offers on time and resources.

Hoover’s Mr Macdonald adds: “With the ability to control every kind of kitchen appliance available, app tech means the kitchen of the future is already here.”

The future is smart – and independent electrical retailers cannot ignore this and the vast changes that are happening in the market.

There has never been a better time for the retailer to start the investment and exploration of this new technology to create the consumer-driven development the technology needs. 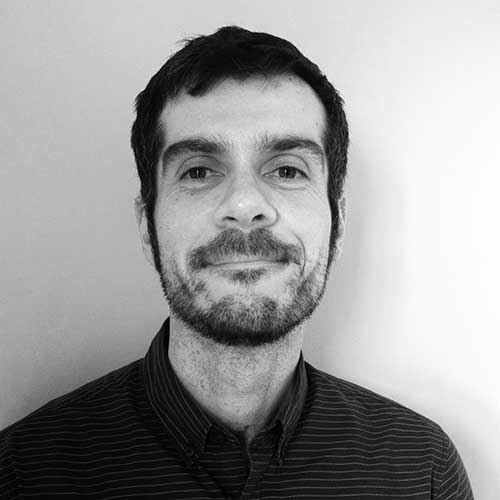 Felipe Oliveira, a market analyst at Futuresource Consulting, says: “The smart appliance market has been growing fast from a small base in the UK. We forecast 89 per cent growth in 2018. By the end of the year, smart appliances should account for 10 per cent of the overall appliances market.

“Consumer research conducted by Futuresource Consulting in April 2018 in France, Germany, the US and the UK, showed that across all markets price is the biggest barrier to adoption. In the UK, 55 per cent of consumers who lack interest in purchasing a smart appliance say that the main reason is that they are “too expensive”.

The second biggest barrier, Mr Oliveira says, is lack of enticing use cases. Some 47 per cent of consumers in the UK say that they do not see a use for smart appliances.
So, will voice interaction, via Alexa or Google Home, for example, be the trigger that drives sales of smart appliances?

Mr Oliveira says: “The short answer is no. Our research shows that voice assistance has been a driver in smart-home devices, such as smart lighting or smart climate control. However, it is not having the same impact in smart appliances. One reason for this is that major appliances are big-ticket items that tend to be replaced once every decade. Most consumers replace their refrigeration or laundry machines only when they break.

“Voice assistance is not set to be a purchase trigger in appliances in the same way that it is in smart lighting for example. That said, several important appliance manufacturers have added voice control to their devices, including Samsung, LG and Whirlpool.”

He adds: “In the UK, eight per cent of smart speaker owners use them to control their large appliances and almost five per cent use them to give voice commands to small appliances. As the replacement of old appliances takes place, we expect the use case of voice assistance to increase.”

Looking at the European market, where does the UK sit in terms of its sales of smart appliances? “The UK is the main smart-home market in Europe. However, it lags behind Germany. The main reason is that the German market tends to favour premium appliances from the likes of Miele and BSH.”

Smart-home security: A question of trust

Monitor Audio uses BluOS for its move into multi-room streaming