How to change your business tomorrow

At this year’s ERT Awards, independent retailers Moss of Bath, Avensys and Purewell took part in a panel session chaired by editor Sean Hannam on the future of independent retail and how to adapt your business. Here are the highlights

Sean Hannam: The theme we’re discussing today is, ‘How to change your business tomorrow’.

I’m now going to ask each of the panellists – Ed Griffiths, operations manager at Purewell in Christchurch, Martin Jukes, head of retail at Avensys in Crawley, and Tim Moss, owner of Moss of Bath, to tell us about their businesses. Ed – let’s start with you…
Ed Griffiths: Purewell is a family business – it was founded by my grandfather, 63 years ago. Much like everyone, we’ve seen a lot of change – we downsized when we went through the recession, but then we opened a 15,000 square foot retail space in Christchurch.

If you know Christchurch, it’s probably where your grandparents retired to, which suits the independent channel fantastically, by the way. When we opened our new showroom, we felt we needed to do something different – just having a showroom and expecting people to come in wouldn’t cut it anymore. We needed to create some retail theatre and give people an experience. 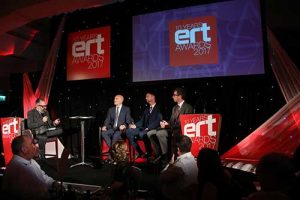 We have a coffee shop concession in-store – we paired up with a local company Mocha Turtle. We knew how to sell fridges, but we didn’t know how to make coffee and sell it. We’ve brought in kitchens and, more recently, bathrooms, and we have a cookery theatre, showing off the latest Neff appliances. That’s currently being transformed into a smart theatre, so we can also show off wireless audio systems, lighting and projectors.

It’s a constant evolution – we’re trying to deliver something different rather than just hoping someone will walk through the door and say, ‘I want that washing machine’.

Martin Jukes: We’re the new kids on the block – our business has only been going 17 years. Our superstore has been open for three years and we’re big into the smart home – we basically built a house on the second level of the store. The smart home is the dream for a lot of our customers and that’s where we see our future.

Tim Moss: Moss of Bath is 55 years old this year – my father started it and it sold black-and-white TVs and radios by Hacker and Roberts. We don’t sell white goods – we’re brown goods only – and two-thirds of our revenue is from custom installation (CI) and smart home. The other third is made up of retail – we have a shop in the middle of Bath and it’s becoming much more theatrical, rather than just having goods on shelves. I’m not telling anyone how to run their business – I wouldn’t dream of that – but we’ve seen custom installation grow beyond all recognition from what it was 10 years ago.

SH: In our online survey, we asked independent retailers for their views on the smart home and adapting their businesses to embrace it. Thirty-eight per cent of them said they didn’t think the smart home was right for their customers. [To Martin Jukes]: What would you say to those retailers?
MJ: The first thing to say is that 62 per cent do think the smart is right for their customers. The whole smart house isn’t for everyone, but there’s a smart-home product for everybody – we do Nest thermostats, blinds and lighting, and we can sell someone a Control4 remote for £600 that will do one zone.

SH: [To EG]: You’re launching a smart home theatre. Can you tell us why you think the smart home is right for your customers?
EG: With the smart home, there’s an element of people not understanding it or knowing what’s out there – until they’ve seen it and experienced it, they don’t know whether or not it’s right for them.

I think it’s very easy and churlish to think that your customers wouldn’t want the smart home – show it to them and see if they want it. Seeing is believing – people will want it.

The typical independent retail customer wants ease – the reason they come to independents tends to be because they get exceptional service and someone who understands their needs and wants and can respond to them. If two-fifths of retailers are dismissing it [the smart home], I think they might be missing a trick. We know that by showing it, we’re going to see sales increase and we want to be able to offer that whole home solution to people. We all know that margins are tight – custom installation is where you need to be. I think everyone who does brown goods is striving for more CI work – it’s a no-brainer and the smart home is the avenue for that.

SH: According to our survey, 29 per cent of independents said a lack of space in their showroom was preventing them from embracing the smart home. I’d like to ask Tim how he’s selling the smart home in a small shop…
TM: In my average week, I go out three or four times a day on site visits – I talk to architects, builders and developers. Take a £1 million house – people now expect it to have certain things. Multi-room audio, a cinema room, TVs on the wall, decent wi-fi and connectivity are the bare minimum. By getting involved with architects, builders and planners, you become their default go-to. Over the years, Moss of Bath has succeeded in becoming the favourite supplier for lots of local builders. I don’t think you need that much space in a showroom, but make it less about boxes and more about theatre. Whether a customer is coming in for a battery or a telly, show them something that they haven’t experienced before.

SH: One of the biggest issues for retailers who want to move into the smart home is where they go to get technical advice and knowledge. Where should you start?
MJ: Cedia – all the way. If you can’t do Cedia, then AWE. Retra have also run some very good courses. To be honest, everyone has a PC in their shop – Google is a wonderful tool. Manufacturers also have a lot of information on their websites.

SH: In our survey, 38 per cent of independents said that CI was their most significant additional revenue stream. Tim – 75 per cent of your business is CI. What advice would you give retailers who are looking at making the move into that area?
TM: Don’t be scared of it and don’t come to Bath! Try to embrace it. There’s a great phrase – ‘comfort zone’. People can be comfortable as retailers and there’s nothing wrong with that, but there’s a lot more to gain if you embrace CI. It can be as complicated, or as simple, as you want. I would kick off with the basics, like a TV on the wall, or a speaker in the ceiling, and see how it goes from there.

SH: Fitted kitchens are another area for incremental business – our retailer survey said they accounted for 13 per cent. Ed – how did Purewell make the jump from electrical retailing into selling kitchens?
EG: That was a decision made by the managing director – my dad – and it was a sensible one. Look at the margins in the kitchen industry – it’s a bit of a no-brainer, but it’s hard to get right. I would urge a sense of caution for anyone going into kitchens – it’s absolutely worth doing, but it’s a completely different ball game.

SH: Good retailing is all about partnerships with your suppliers. Martin – how do you choose which suppliers you work with and what should that relationship be like?
MJ: Can I mention the ‘m’ word? Margin is important – we need support on that, as we’re a bricks-and-mortar retailer, we’re demoing the products and people can touch and feel them. We’ve been very fortunate with our smart home – we built a dream and manufacturers want to be in there. I get on all right with all my manufacturers – they’re all good to me.

EG: It’s a two-way street – if they support us, we need to support them to show that we have offers and that we can compete with whoever online.

SH: We’ve been talking a lot about showrooms, rather than shops. Do we need to get independent retailers out of a shopkeeper mentality and to start thinking more about showrooms?
MJ: No – you have to have a balance. We’ve still got to keep the manufacturers happy by shifting boxes, but we’re also doing the smart home.

TM: It’s a combination of both – retail and CI, as one benefits the other. But the days of a shopkeeper going to work, opening the front door and waiting for people to come in are a thing of the past.

EG: I completely agree. It’s horses for courses – it depends where your showroom is – but if you pitch yourself at the CI market, 90 per cent of people who walk through your door will get a sense that you’re too expensive. You still need to be a shop in the traditional sense – people need to feel they can spend their money with you and, more importantly than ever at the moment, that they’re getting value for money – that you’re not more expensive than the internet. You need to make people aware that you’ve got some great deals. 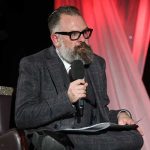 SH: Is it worth going after younger consumers?
EG: If you don’t, your business will die with your customers. It’s a necessity, but it’s not easy, because they think they know better than you and they can buy cheaper online… If you’re not up for consideration, you will struggle – you need to appeal to the younger market.

MJ: With Facebook, you can target younger customers and other selected groups – social media has a huge part to play.

TM: The market is a huge place that’s made up of lots of different demographics – social media and a decent website are massively important. Without attracting younger customers, there’s no future for the industry, but there always will be a market for 90-year-old Mrs Smith who wants a 32in TV on a table.

SH: The subject of this discussion is ‘how to change your business tomorrow’. So, finally, I’d like to ask each of you to give me one thing that independents should consider changing about their business…
MJ: The smart home – even if it’s only a one-metre bay with a basic set-up of lighting, AV and blinds. You should definitely do it. If you don’t do it now, you’re going to get left behind.

EG: If you’re a retailer in this room, you’re doing well – you’ve still got a shop and you know what you’re doing. If you’re thinking about doing something, do it – now is the time.

TM: There’s a massive future in CI. How brown-goods retailers survive without it, I don’t know. Embrace it – don’t be scared of it.