Paul Laville, group chief executive of T21, explains why rentals are set for a comeback with a generation for whom leasing and buying on a contract has become the norm

Back in the primeval mists of the late 1990s, I worked for a well-known TV/video rentals company, first as a Saturday boy, then assistant manager, store manager, eventually rising to the dizzy heights of area manager for half-a-dozen shops.

Promotion was easy because the rentals model, to me, was a no-brainer and I went at it fiercely. So, too, did the managers and salespeople who fell into my sphere of influence. Even better, customers could buy new products outright too and that choice gave us a real competitive edge. There was no reason why someone who walked into one of my shops would leave empty-handed. No magic formula other than understanding your customers’ needs, means and preferences, and selling the right solution. I did the training myself – it’s where all that started.

The customer demographic across my area was nothing special – universities and colleges provided students and landlords, new office blocks and riverside conversions pulled in restless upwardly-mobile types and one of my branches had a YMCA opposite, which always provided good – though sometimes risky – business. But the majority of customers were the same as everywhere else – families of modest income who owned their own homes.

At the turn of the millennium, however, it looked as though the rentals model was dying. Digital broadcasting, DVDs and widescreen TVs were infiltrating the market and CE products were, on the whole, becoming less expensive. We were selling more finance packages, as more people favoured ownership, particularly of new technologies and aspirational brands. Persuading people to rent became increasingly difficult.

Now however, rentals are making a comeback. 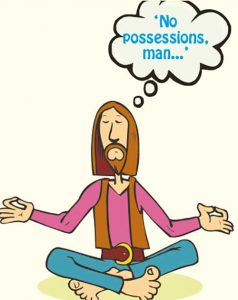 The tiny tots of the Nineties who used to leave sticky fingerprints on our display stock are now coming of age, and their mind-set and their shopping habits are very different. According to some exhaustive research I found from Goldmann and Sachs, millennial buying behaviours are massively driven by the benefits subscription models offer to people of slender means and strong appetites.

We all know it’s difficult for youngsters encumbered with debt to buy a house or a car, so these things are deferred. However, millennials still want the best phone, the best hi-fi, the best TV, the coolest brand in the market.

The difference is that they’re happy enough to have ‘access’ to these things, rather than own them outright, so the rentals model is back in favour.

So can you incorporate rentals into your retail business? There’s no denying that the cost of establishing a rentals operation is pretty high if you’re starting from scratch. Not only do you need a service centre and everything that goes with it, you also have to be prepared to take a hit on your profits for a year or two. And in a challenged industry, that’s going to be tough.

In summary, if the Holy Grail of any business is to acquire, engage and retain a solid core of loyal customer advocates who buy from you repeatedly and who refer and recommend you to their peers, and so keep your business growing, then rentals would seem to offer a golden opportunity.

Why should I consider rentals?

It’s not for me to decide, but if I were considering it, here are some benefits to rentals that would interest me…

Every month, money comes in guaranteed. It’s that simple.

Acquisition through subscription (mobile phones, internet TV, music streaming etc) is now so widespread it’s becoming the norm and it’s unlikely to disappear anytime soon – primarily because the squeeze on finances is only going to increase. According to a report by Accenture, looking at the behaviours of the upcoming Generation Zs, the preference towards access rather than ownership is likely to increase. Businesses positioned deep within this trend are increasingly the first choice not only for millennial shoppers, but also the parents squeezing their own finances to support their kids. Hands up, who wants to be second choice?

During the term of their contract, your rentals customers are engaged with your business, rather than the finance company funding their Buy Now Pay Later, which means you’ve a ready-made audience to whom you can market and sell your other products and services. It costs less, and the hit rate is usually a lot higher, when you market to existing customers. Plus, you can gather intelligence on their shopping habits, preferences and buying behaviours and feed that back into your sales and marketing machine to refine it and increase your marketing ROI.

Customer loyalty and how to create it

Dixons UK and Ireland CEO to step down