Recent safety warnings on some high-profile tumble-dryers have raised concerns over the wider issue of product recalls in our industry. Adam Bernstein investigates

The ongoing issues surrounding tumble-dryers sold under the Hotpoint, Indesit and Creda brands have received huge publicity, hitting the headlines on ITV, BBC’s Moneybox and in local and national newspapers.

But if one headline summed up the seriousness of the wider recalls issue facing the industry, it was the headline on Sky News (February 10) – “Almost one tumble-dryer fire a day, data shows”.

The scale of the corrective exercise from Whirlpool, the owner of the Hotpoint, Indesit and Creda brands, is vast: an estimated 5.3 million dryers are affected, and many consumers are facing waits as long as 11 months for modifications to be made.

Peter Shervington, a senior associate at Eversheds, specialising in product safety and crisis management, says the fact that this could happen to such well-established household names should focus minds across the consumer electricals industry. “No producer is immune, however robust their failure mode analysis, and however punctilious their quality control procedures.” But he casts his net further and says: “While producers may bear the brunt, electrical retailers should reflect as to how well prepared they are to respond to major product safety issues, comply with their own legal obligations and handle consumer concerns.”

But what obligations do retailers have? Who is ultimately responsible, and what practical steps can be taken to manage the risks? 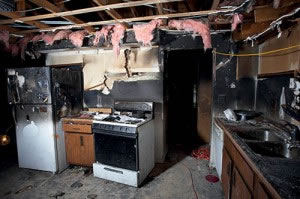 Let’s start with the initial response to safety concerns. Mr Shervington says that when it comes to product safety, EU law places the primary obligations on the manufacturer, brand-owner or first importer into the EU. “Under the General Product Safety Regulations 2005 (GPSR), they bear the main responsibility for ensuring that any product intended for or likely to be used by consumers is ‘safe’, meaning that under normal, or reasonably foreseeable, conditions of use, it presents either no risk, or only the minimum risks compatible with the product’s use.”

The primary obligations around product safety are placed on producers and regulators typically look to them to take the lead in resolving product safety concerns. But Mr Shervington says retailers also have obligations under GPSR, “including a requirement not to supply any product that is known to be, or should have been presumed to be, dangerous, and an obligation to participate in post-sales monitoring of safety, including passing on information as to the risks posed by the product”.

The important part of this, for retailers at least, is that where they become aware that a product they have supplied may be unsafe, they also have an obligation to notify Trading Standards. “That means,” says Mr Shervington, “at the very least, that retailers who receive complaints from consumers about the safety of a product should pass these on to the producer without delay.” He reckons that in the vast majority of cases, the producer (if they are not already aware of the issue) will promptly take the lead in investigating, liaising with Trading Standards and identifying the appropriate action to protect consumer safety.

Problems start to accumulate for the retailer if, however, the producer refuses to initiate appropriate action or notify the authorities. They will then need to engage directly with Trading Standards and consider what other steps might need to be taken to protect the safety of consumers. “A failure to take these issues seriously has consequences, as non-compliance with many obligations under the GPSR is a criminal offence, and the negative publicity associated with a regulatory investigation or prosecution often has a disastrous impact on brand image,” says Mr Shervington. 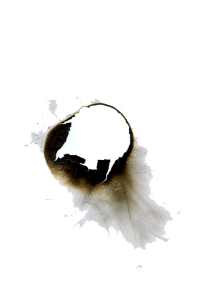 Retailers caught up in product safety crises may face civil claims from consumers. Claims for personal injury (or damage to personal property other than the product itself) will often be brought against the brand-owner under the strict ‘no-fault’ liability regime in Part 1 of the Consumer Protection Act 1987.

But while there may be no injury caused by a faulty product, a consumer may wish to reject the product and claim a replacement or refund. Eve England, a principal associate specialising in consumer law at Eversheds, says that these claims will often be directed at the retailer, on the basis of a breach of the implied terms of satisfactory quality and fitness for purpose, inserted into the contract by law.

“Under new rules brought in by the Consumer Rights Act 2015, consumers have a right to demand a repair or replacement where they fail to meet these standards,” she advises. “If the retailer fails to repair or replace defective goods within a reasonable time, and without significant inconvenience, the consumer has the right to reject them and receive a full refund without any deduction to reflect the use they have had of the goods, if they do so within six months of receiving them.”

Retailers may find themselves in a difficult position in cases where there is a significant waiting list for remedial work, such as in the Whirlpool situation. The Mirror newspaper (February 9) reported that consumers calling Whirlpool about their tumble-dryers were told that they would have a 10-week wait before they got to the point of getting an engineer’s appointment for the repair.

Ms England notes: “Whether the costs associated with consumer complaints and claims can ultimately be recovered from the producer will depend on the contractual terms on which the retailer purchased the affected items. Clearly this could prove expensive for the trade, especially if consumers exercise their Section 75 Consumer Credit Act rights, which makes banks as liable as retailers, which then leads to a bank-initiated charge-back.”

With the stage set, what practical steps can retailers take to manage the risk?

Anyone with a modicum of common sense knows that consumer confidence and trust is a precious commodity and, as Mr Shervington puts it, “retailers need to upscale their quality monitoring if they want to retain it”. He says retailers should ask themselves a number of questions, such as how important product safety is for your buying teams? Are they motivated to protect consumer safety? Do they rely on assurances or (often self-certified) CE safety marking from suppliers, or do they carry out independent checks? Do contracts give you audit rights and, if so, are those rights actually exercised?

Like most crises, those relating to products invariably occur when they’re least expected. As such, planning is everything. Mr Shervington says every retailer selling electrical products should have a crisis management plan in place to ensure that they are ready to “respond in a swift, measured and comprehensive way, while communicating a clear, consistent message to customers”.

Naturally, customer-facing members of staff should be properly briefed, so that they can provide clear guidance to customers, including directing them to the producer where appropriate.

Mr Shervington adds: “Careless admissions or unhelpful comments in internal emails have changed the course of many substantial commercial claims. Both internal and external communications relating to the safety issue are potentially disclosable to regulators and in civil litigation. Ignorance about this issue remains widespread. Staff should be made aware of the dangers and instructed to be particularly careful about document creation.”

He urges retailers to engage with their suppliers at an early stage to ensure that they are dealing with safety concerns promptly and thoroughly, and that they have notified the regulator as appropriate. “If they have not, or you are not satisfied with the steps your supplier has taken, you may need to take action yourself to protect your position and ensure consumer safety.”

Do I feel let down by Whirlpool? Yes!