‘It’s all about creating an experience…’

Norwich retailer Martins Hi-Fi is celebrating its 50th birthday this year. Sean Hannam finds out how they’ve moved on from their vinyl roots to embrace the smart home and multi-room audio

When a student walked into components store Martins Electronic Centre, in Norwich, in the late Sixties and asked ‘do you sell hi-fi?’ the two owners, brothers Mike and Ted Martin, got their soldering iron out and hastily put together a system. At the time, they only sold hi-fi kits that customers had to assemble themselves.

Within minutes, the brothers were playing a Beatles record – in stereo – to the student, who was so impressed that he spent £60 on the product, which was equal to the shop’s average weekly takings…

From then on, the business, which was founded in 1968, started selling and demonstrating hi-fi systems and renamed itself Martins Hi-Fi.

Now, 50 years later, I am sat in the hi-fi lounge dem room at the store and listening to The Beatles on a system that would cost me over 50 grand to buy.

I’m very impressed, but, realistically, my budget is more like what the student paid for his hi-fi back in the day…

“We sell systems that cost hundreds of thousands of pounds, as well as £200 turntables – we major on the quality element and the market has forced us to where we are,” says general manager, Marcus Harbord, who joined the company 31 years ago on a Youth Training Scheme (YTS).

“We’ve become more of a destination and it’s all about creating an experience you’ll remember. 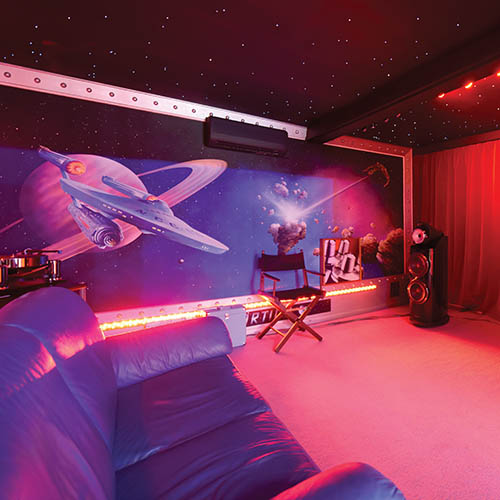 “A customer will come into us, we’ll have a discussion and find out their requirements, they’ll have a listen and then we’ll get down to business. We can offer a complete solution, including high-end smart homes that cost half-a-million pounds – we have the power and the ability to do that.”

He adds: “Hi-fi has always been our thing and we’ve been Cedia members for nearly 15 years. We’ve been doing custom install for a long time and we’re certainly not new to home cinema.

“We’ve been installing ever since we’ve been in business and we’ve been doing advanced multi-room for the past 10 years.”

Mr Harbord tells me that hi-fi accounts for around 60 per cent of the business. 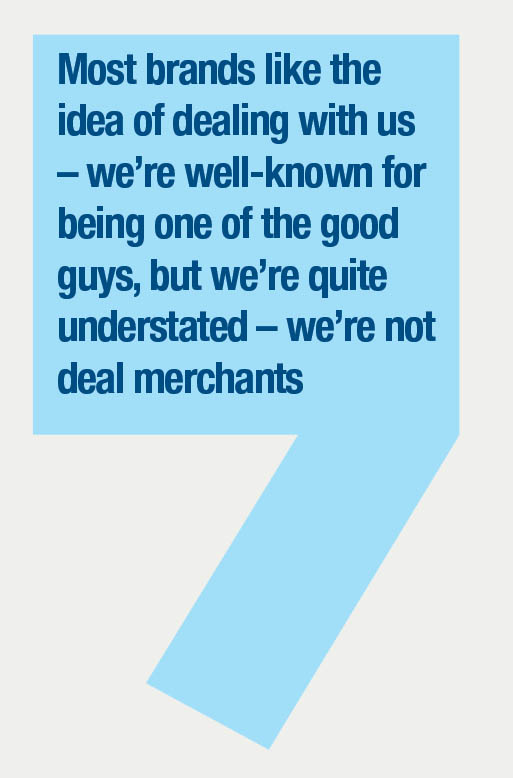 Upstairs in the store there is a stunning Art Nouveau cinema with commissioned paintings, including one of Twenties silent movie star Mae Murray, that’s kitted out to demonstrate a Sony 4K projector and a Dolby Atmos 3D Sound system from Bowers and Wilkins – it literally is retail theatre.

Downstairs, there is a small smart-home area in-store, which is used to demonstrate and explain to customers what can be achieved with the technology available.

Says Mr Harbord: “We can show clients what the smart home involves – security, heating, cameras… the whole lot. We have a centralised server cabinet that’s the hub of the home. Control4 is our brand of choice for home automation.

“We also demonstrate Alexa to show how it can interact and add to the smart-home experience. It’s an in…”

Q: Martins Hi-Fi is situated on the edge of Norwich city centre, on Ber Street. How does that location suit you?
Marcus Harbord: It’s an up-and-coming street and it’s actually now a main road into Norwich, which helps us because everyone has to go past the shop. It suits us – we didn’t really want to be in the city centre, as it wouldn’t fit our profile

Q: Who is your typical customer?
MH: Forty-five to 65 – wealthy people and those with disposable income.

Q: Do you find it’s a challenge to attract younger consumers?
MH: That’s a challenge for the whole industry – I’ve got a 19-year-old daughter, but the idea of me trying to encourage her to listen to music [on a hi-fi]… she’s more than happy to do it on an iPad or an iPhone.

We want younger customers – without being morbid, our customers are dying – it’s a fact of life. We have to create new ones and hope that they’ve got the money…

That’s one of the reasons that we’ve just taken on a new, young sales guy called Jack [Capon], who’s a bit of a musician and a dude. He’s joined us from Sevenoaks Sound and Vision in Reading – he has a totally different mind-set.

We’ve had to evolve, instead of just waiting for the phone to ring or the door to open – it’s do or die.

We hold events – we’re doing about two a month, over the year. We seem to be the darlings of our suppliers – we put a lot effort into our marketing.

Q: Where do your current customers generally come from?
MH: Norfolk and on the fringes of Cambridge and Suffolk, but we do have clients from London who have second homes in north Norfolk.

Q: How many staff do you employ?
MH: Nine – we have four people on the install side, but we all share resources and are multi-skilled. We like to be self-contained. We also do all our own servicing and repairs.

Q: How do you choose the brands you sell?
MH: A lot of it is historic… but they have to be relevant. We’re big on Bowers and Wilkins and we’re back with Rega and Linn, having had a 25-year gap for whatever reasons…
Most brands like the idea of dealing with us – we’re well-known in the industry for being one of the good guys, but we’re quite understated – we’re not deal merchants.

We sell most of the key, premier brands. We’re a lot bigger than we shout about.

‘You’ve got to be constantly evolving…’

Martins Hi-Fi director, Elizabeth Gould, daughter of one of the company’s founders, Ted Martin, tells ERT how and why it’s stayed in business for 50 years…

Q: Martins Hi-Fi was founded in 1968. What are your memories of the business in the early days?
Elizabeth Gould: I had a job as a Saturday girl when I was 12 – I had to fit three-pin plugs and box stuff up, but the most exciting part of the job was that I had a big microscope to look at people’s styli when they brought them in.

I had to see if they were worn or needed cleaning – we still have the microscope.

Hi-fi has always been a part of my life.

Q: How does it feel to be cele­brating 50 years of Martins Hi-Fi?
EG: I’m very proud – it’s a great achievement to get this far, as not everyone’s survived.

Q: How is the market?
EG: It’s tough, but we’re fairly buoyant – it’s been helped by us doing a lot of marketing and pressuring people to remind them that we’re here. They may have shopped here 20 years ago, but some people have a very short attention span with their shopping habits.

We’ve tried to raise our profile – we’re involved in the Ber Street Hub, which is a group of local shops who’ve got together to improve the street. We want to create a sense of pride about the area we’re in. 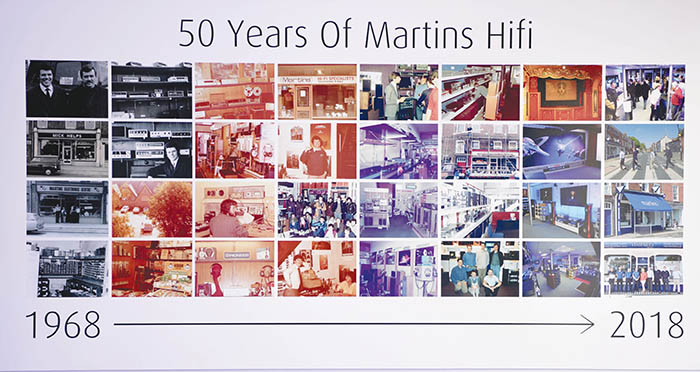 Our 50th anniversary is an opportunity to look at how to make ourselves more visible in order to compete with the likes of Amazon.
You’ve got to be constantly aware of things evolving.

We do videos in which we talk about the products – we put them online and on social networking and we send them out to customers. They’re everywhere.

People are inherently lazy – you have to spoon feed them information, so they take it on board.

Q: How is it being an independent dealer in Norwich? Does the local council support retailers?
EG: They just collect their rates and rents – there was a change of administration this year… It’s tough – we don’t see a lot from them.

Q: Where do you see the business heading next?
EG: There will always be an element of hi-fi – thing always come round in circles – but there’s no doubt that things will go towards voice control. People won’t have to press buttons – just speak your mind and it will happen…

‘The high street will have to go more experiential to survive’: Linn MD